Can you really get a feel for a city in just one short weekend? Of course not!  But I decided to go anyway. This past January (2015), I met my sister and brother in Hanoi.  I was originally supposed to meet my brother in Taipei so I bought a $600 round trip ticket from SFO to TPE.  Then we decided that we wanted to go to Hanoi instead.  So I paid an additional $386 round trip ticket from TPE to HAN on Vietnam Airlines.  Yeah. As they say, “planning and preparation prevents piss poor performance”…or in this case, wasting money.  But it was worth it.

This Vietnamese desitination was on my bucket list for two reasons–Halong Bay (which is a 3-4hr car ride away) and the FOOD.  With these goals in mind I researched and contacted Vietnam Awesome Travel.  They were incredibly responsive via e-mail.  We booked the food tour one night, and for the next day, our only full day, we did the Halong Bay Tour.  We even obtained our airport-to-hotel transportation and our visas through them.  It was $12 to get the letter (it’s an official looking letter that you present to visa officials upon landing) and we provided our own passport photo and $45 fee.  You can take your photo at the terminal, or do what I did–take a selfie in front a white background and print it out on photo paper at home. They’re not picky at all.  My brother’s picture turned out kind of orange and the edges were not cut straight.

I’ll go into more detail about the trip below.  But the main impressions that I got and the tips I can impart are as follows:

-2-3 days is good enough for Hanoi, I’d say.  I don’t feel like I missed out on the Communist Museum or whatever my sister stayed an extra day to see. I am satisfied.

-For Gods sake don’t go in January. Weather is cold ugly and overcast. But at least it didn’t rain??

-Don’t worry about the visa logistics. Just come armed with your letter from Vietnam Awesome Travel (printed out), enough cash to pay the visa fee ($45 US Dollars in Jan 2015), and a 2×2 passport photo. I got paranoid thinking I should pay $100 to get my visa at the consulate in San Francisco. Don’t do it.

-The food tour was the best; I got to sample so many things that I wouldn’t have otherwise had to try if we were on our own.  In general, when you’re taking short trips, pick out a tour or two to maximize your time. I do recommend Vietnam Awesome Travel (VietnamAwesomeTravel.com) because they are incredibly responsive, their tour guides are sweet, and it’s a great value.   Book a tour with them. Unless you’re a planning freak and know exactly where to go and what to look at..and what it means, tours are worth it.

-Everything is in walking distance in the French Quarter but by far walking was the hardest thing I’ve ever done in Hanoi. The traffic DOES NOT STOP. If you have trust issues, you’re in trouble.  You gotta walk like a BAWSE. Head up, state straight and DON’T STOP.  Vehicles will avoid you. Just trust and keep walking. OR, do what I did and pick a local and walk along side him/her when crossing the street. I did that a few times; even yelled “cover me!” But I don’t think they understood what I was saying.

Enough talk, here is what you’re all here for: pictures!

We stayed at the lovely Elegance Ruby. ~$50 a night for the friendliest service ever! We even had welcome drinks waiting for us when we arrived. Their ginger tea that they offered, also with their complements, was so warming and delicious. We even asked for a cup to-go on our way out to the airport, and they put the cups of tea in cute bags for us to easily carry out! Because there were 3 of us they upgraded us to this spacious room. The other room is super small.

This is where I threw away my rank unmentionables

At the night market not far from our hotel. Best troi tau EVER! 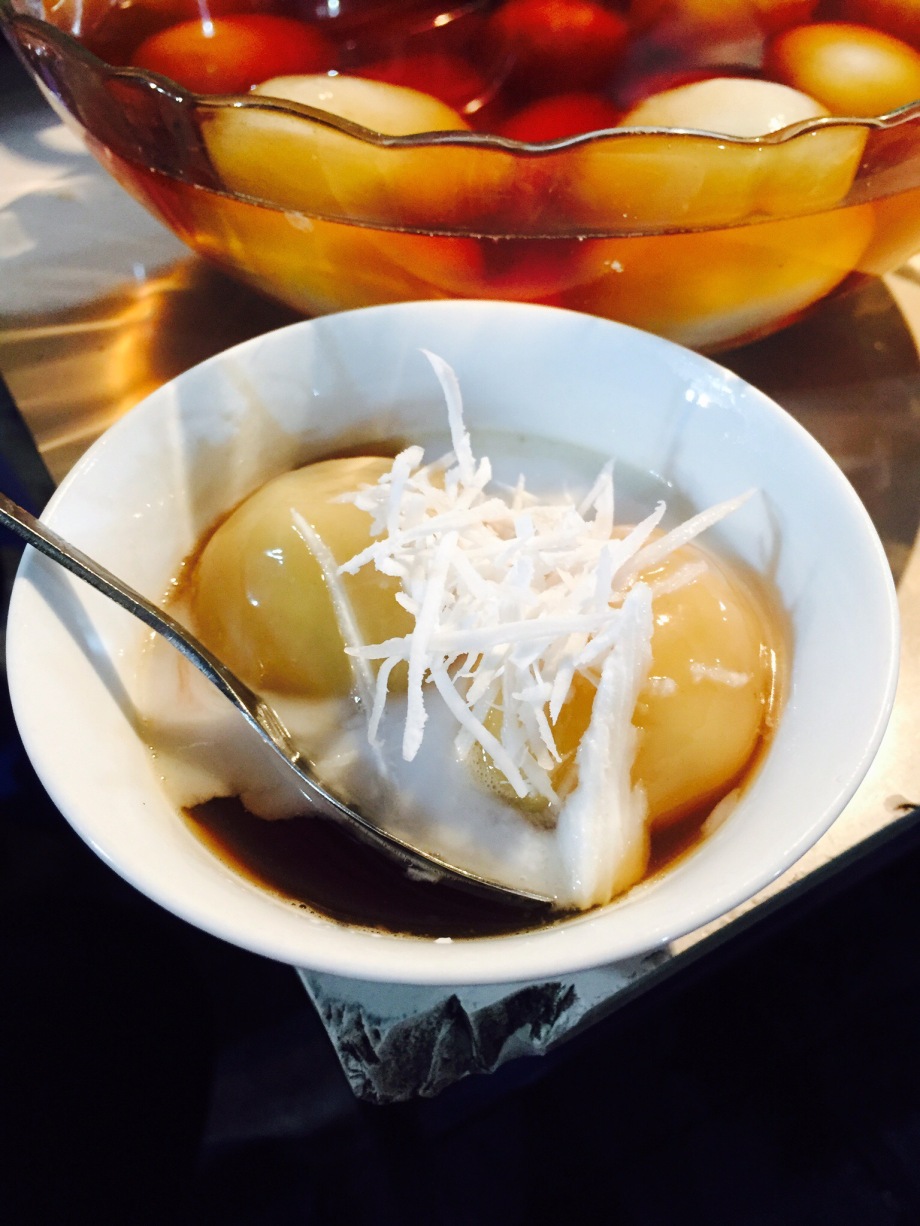 One of the main roads in Hanoi. Locals cross it like a BAWSE. #thuglife 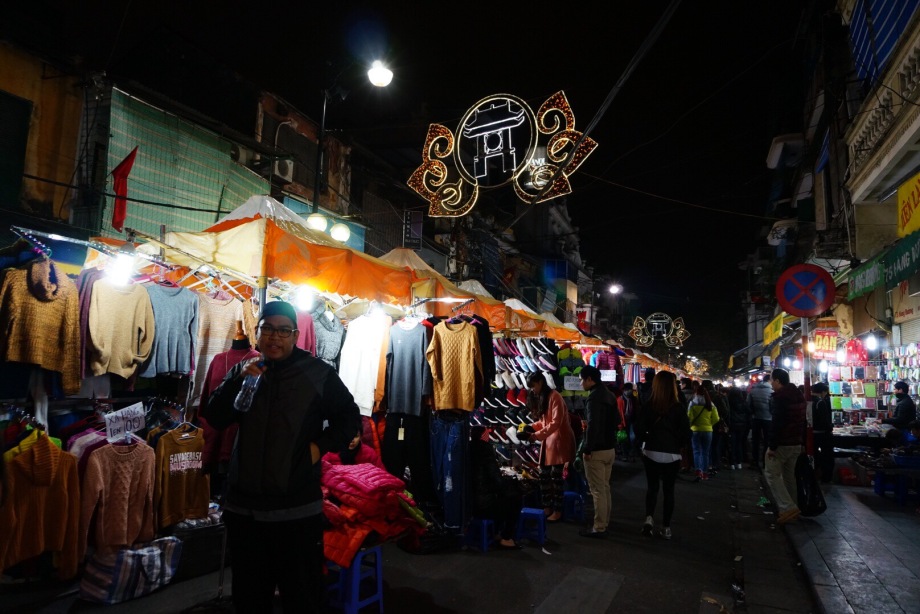 Again, find a local when you want to cross the street….no crosswalks here… 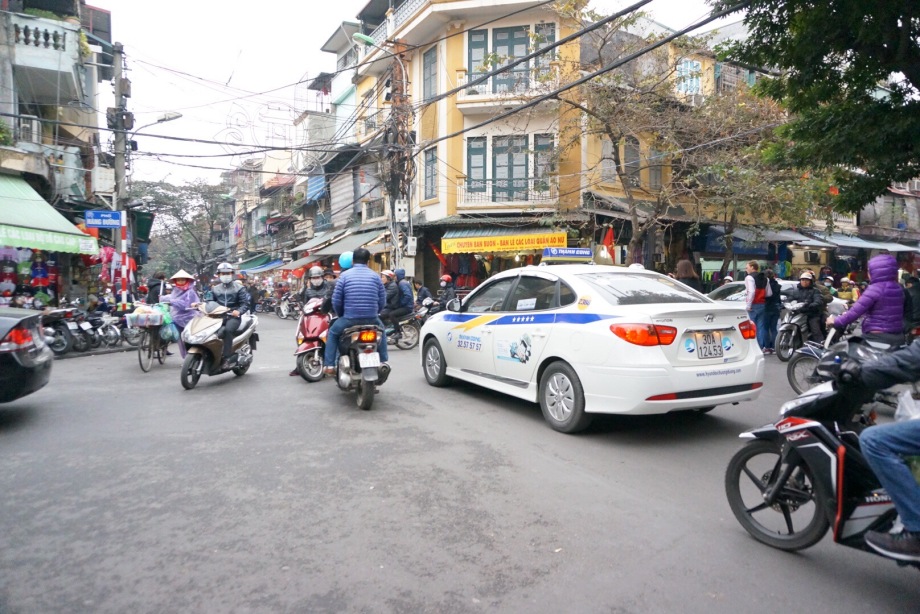 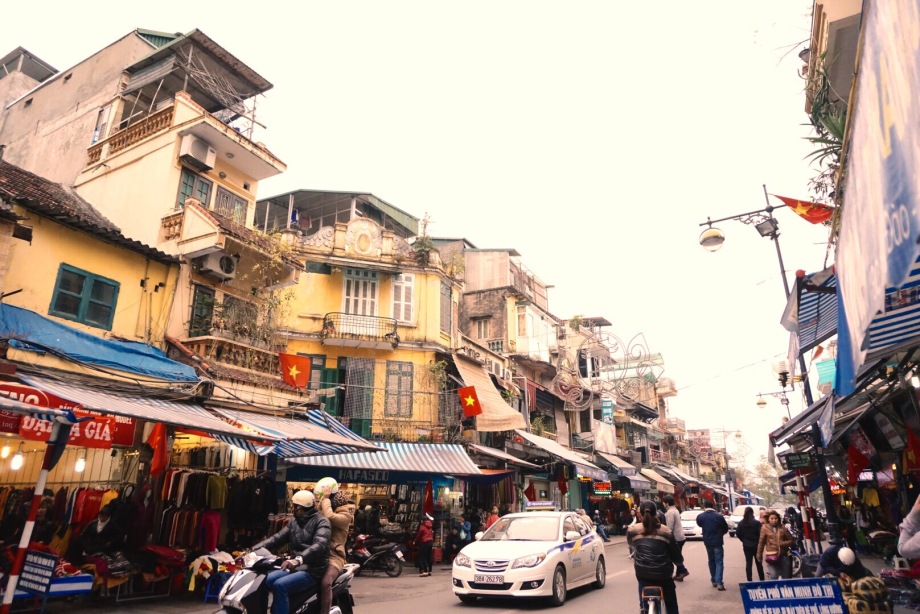 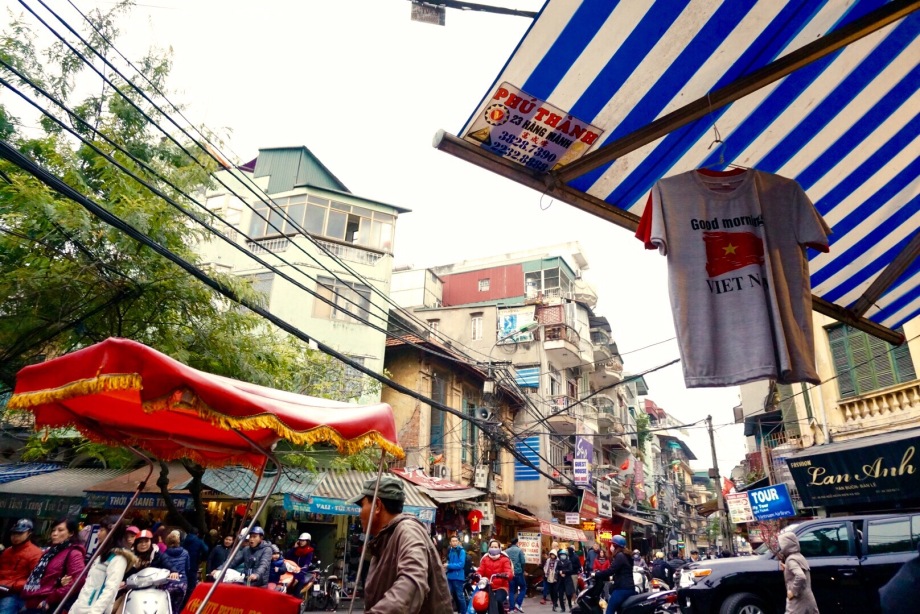 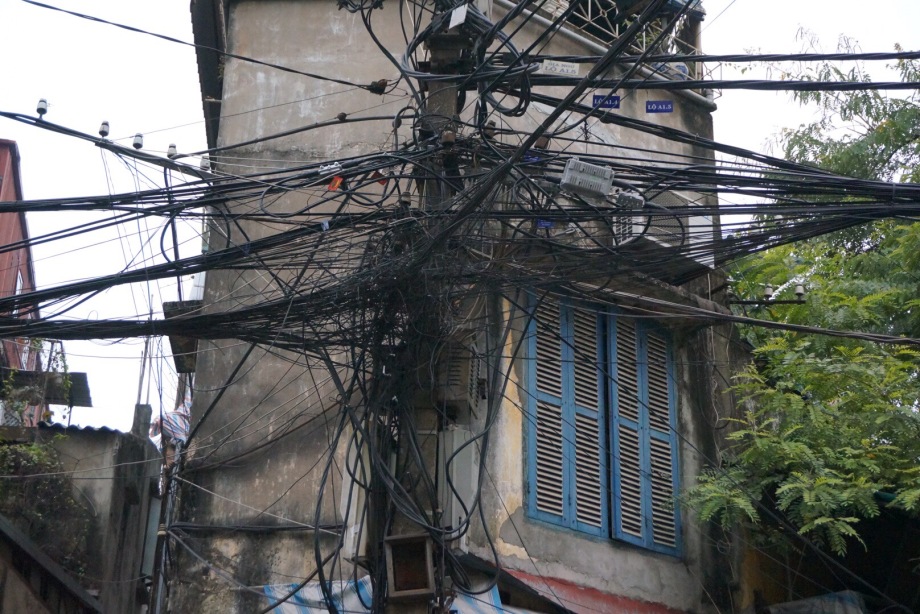 Preparing for Chinese New Year and other scenes in the French Quarter.. 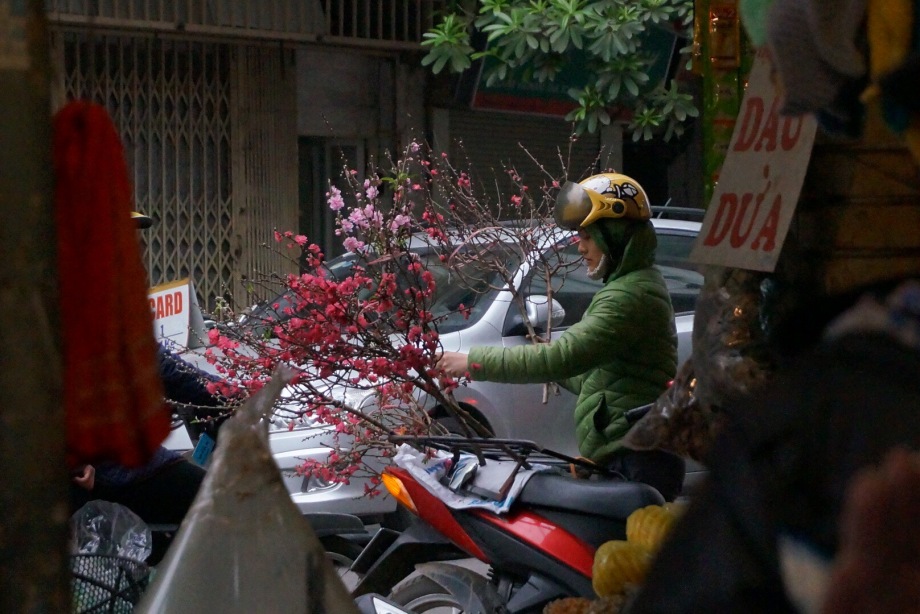 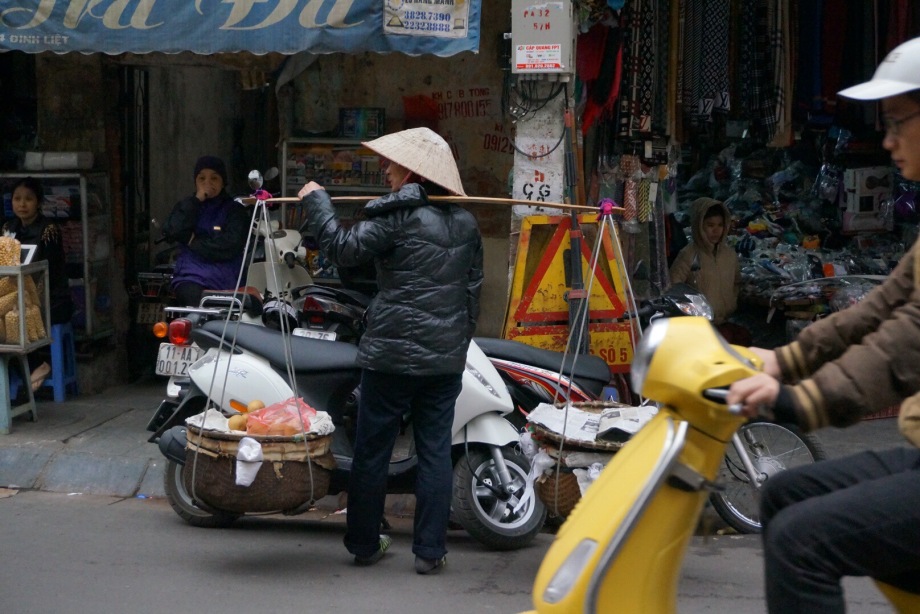 A view of the lake 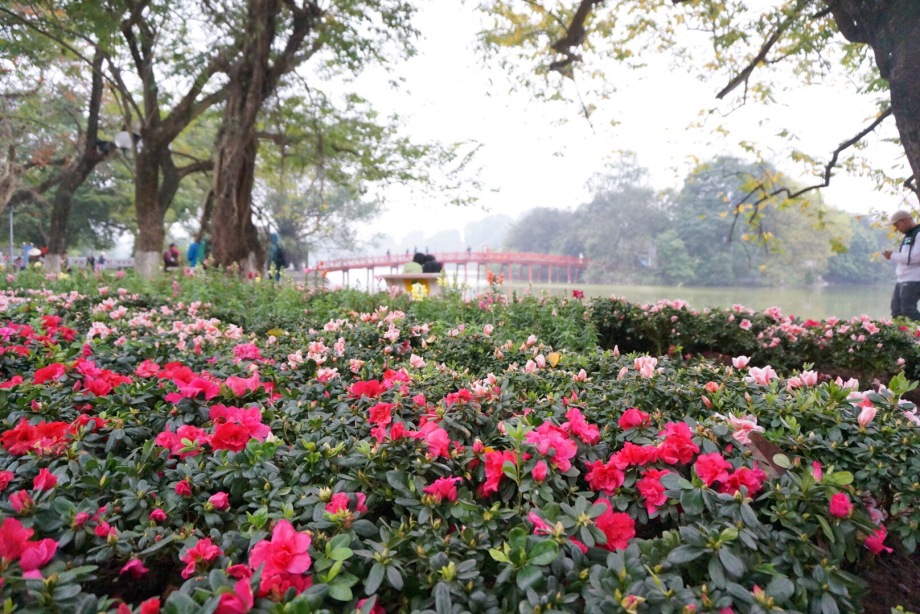 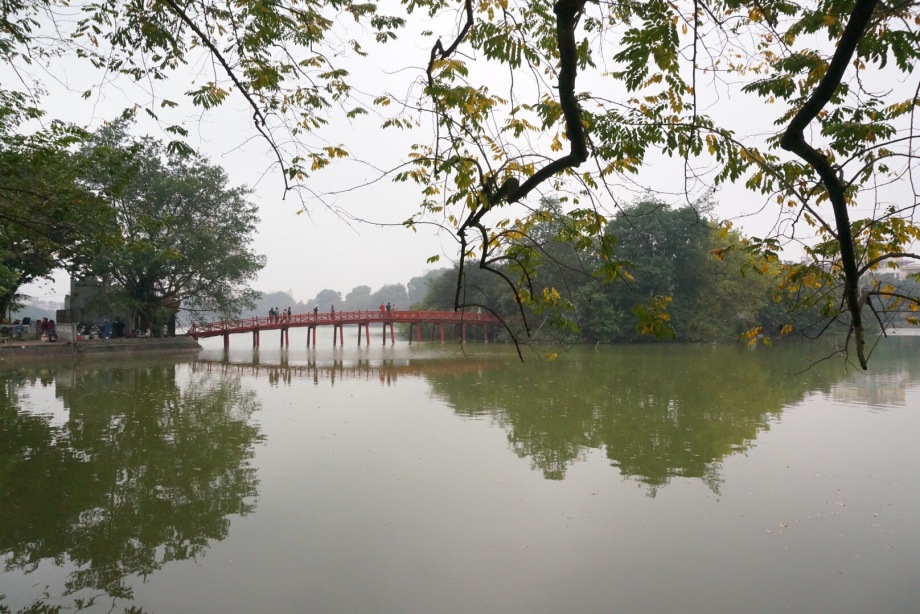 Some restaurants we visited on the food tour..so good..

And so cheap if we wanted to go back!

The tour does include alcohol! 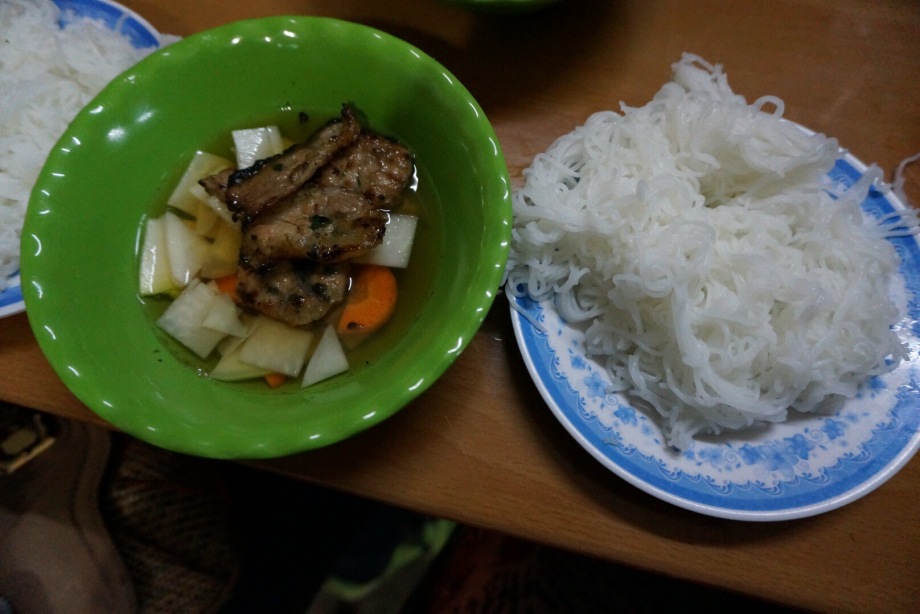 I would have never gone down this random hallway if not for the tour but this is where I first fell in love with troi tau.

Coffee with an egg in it. A complete breakfast. 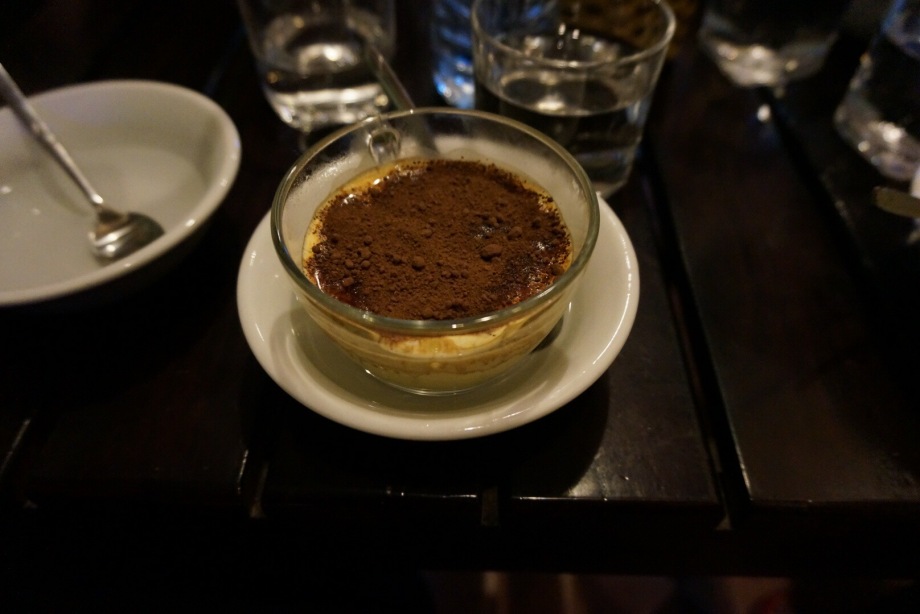 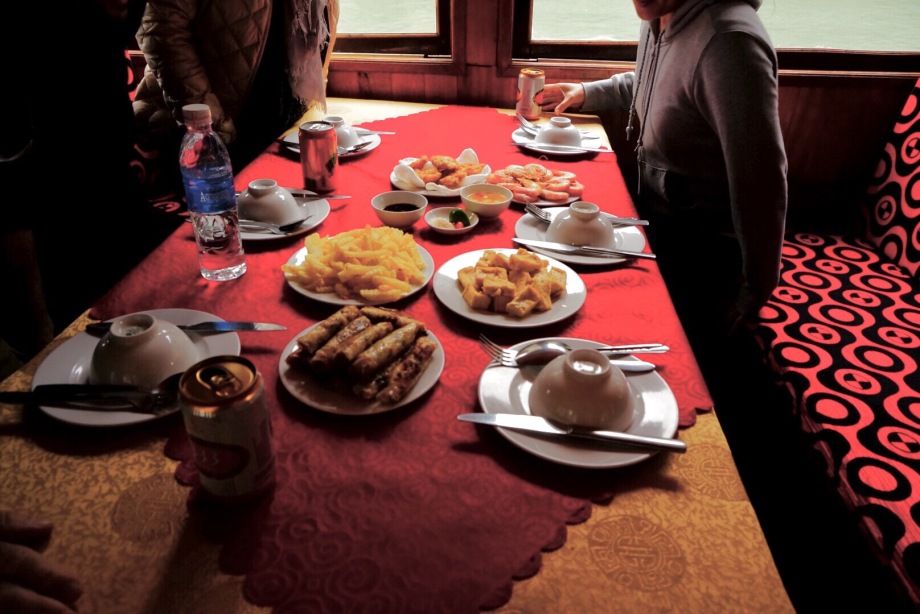 We also visited a cave that was all-natural before humans ravaged it and made it look like a Disney ride.

Back in the French Quarter, we learned that day was Communist Day. 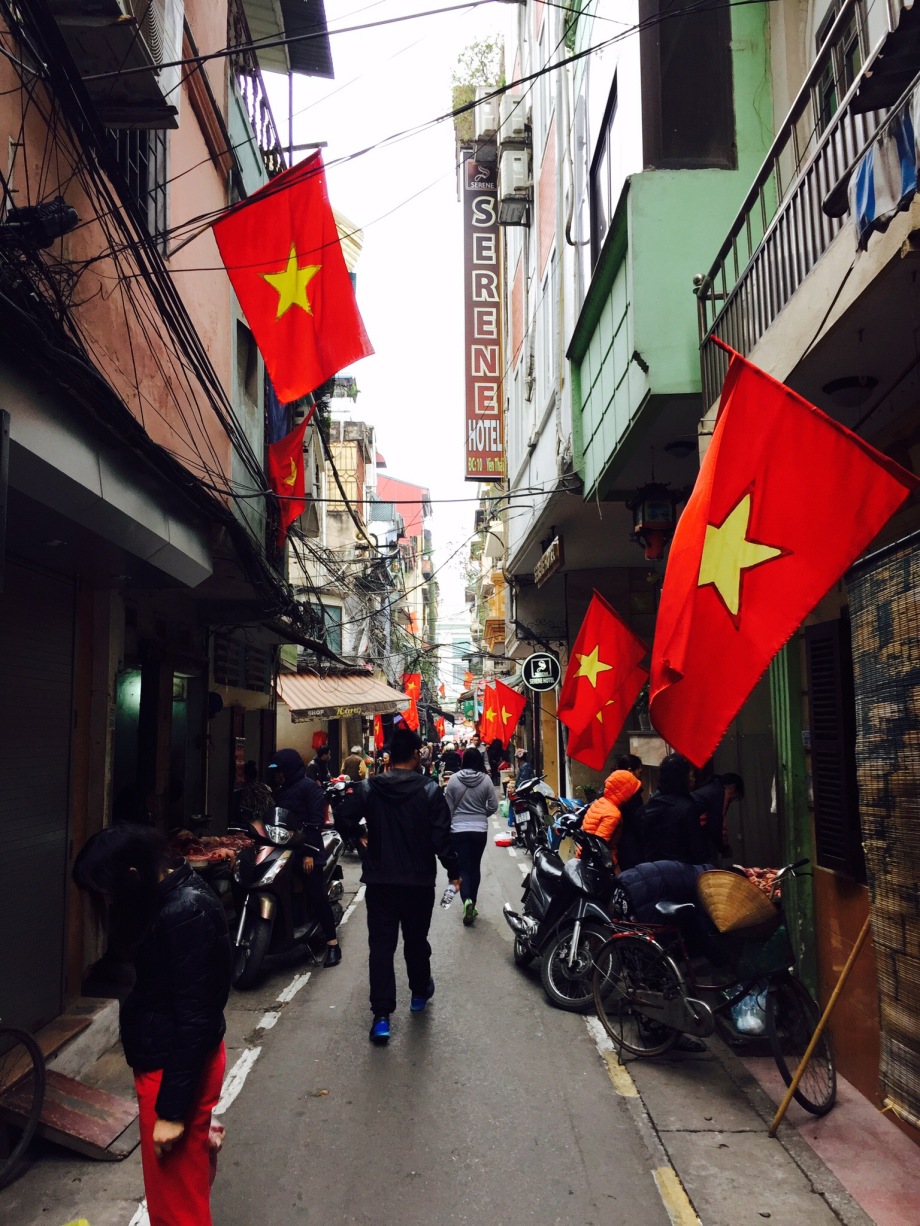 Anyway back to more food. Pho 49 where there’s always a line. 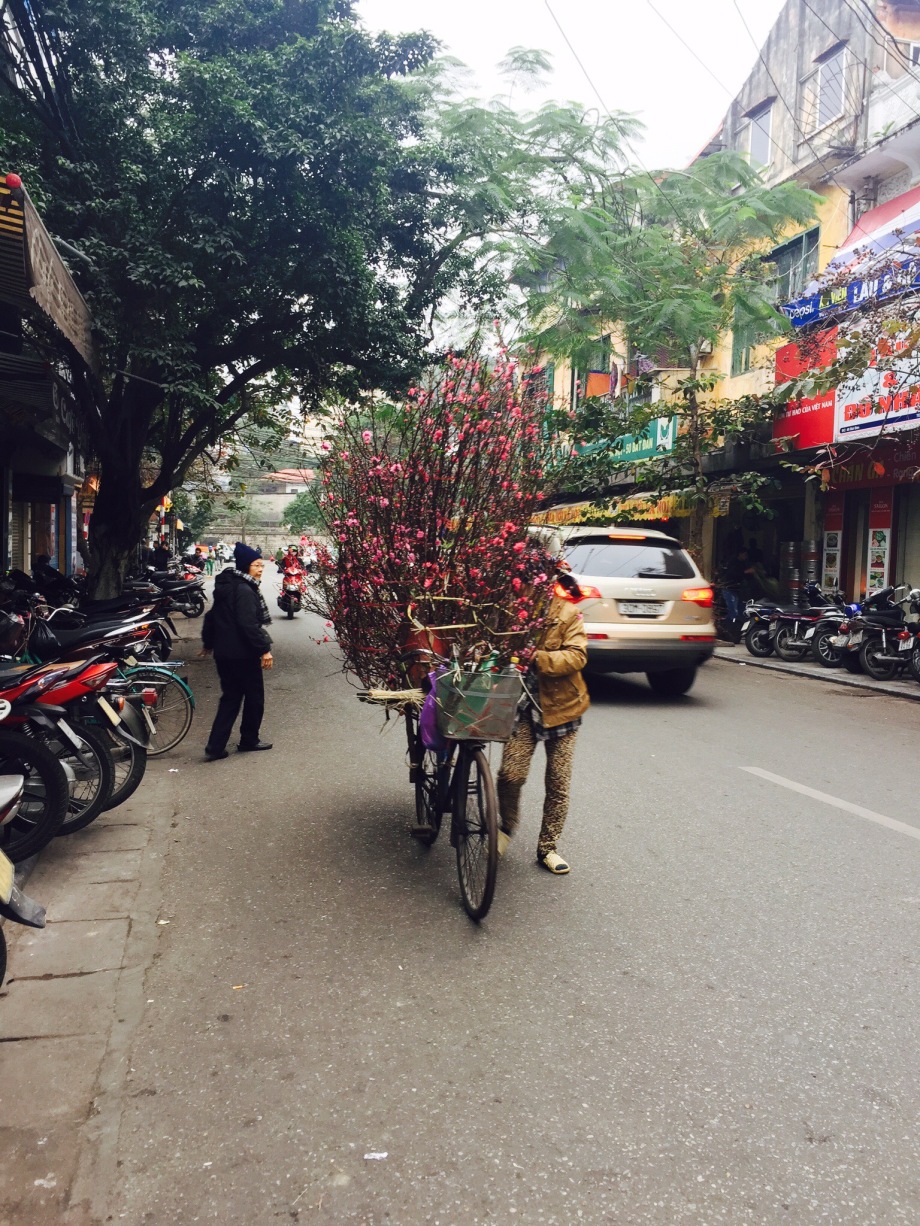 Yes there is a Catholic Church here! 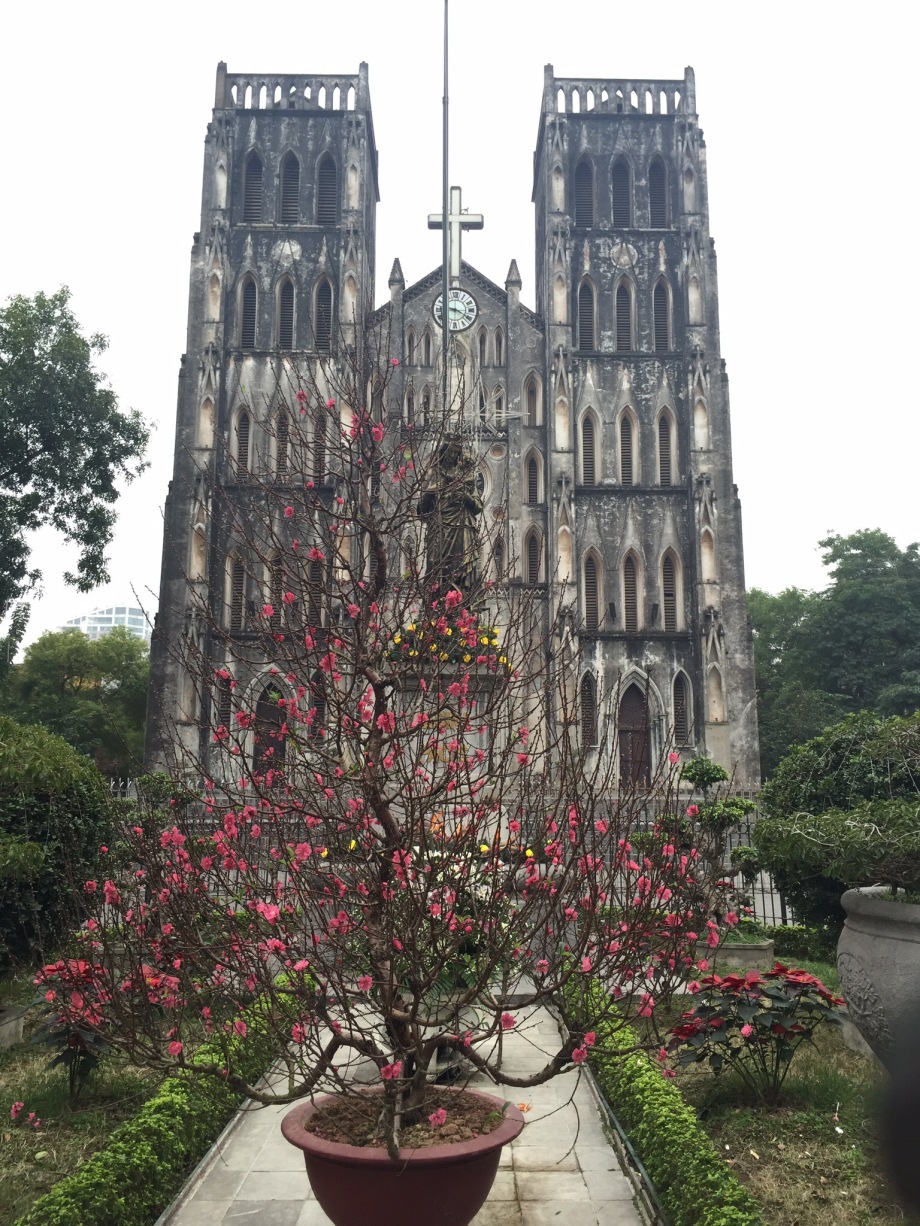 Lady ripping off my sister and my sister saying, just take the money!!…*walks away

Have you been to Hanoi? What did we miss on our “Brief” visit?

5 comments on “Brief Visits– A weekend in Hanoi”